As a father and Grandfather I just have to say that right now I am so mad, I could just scream!! I was born in the mid 1950’s and I grew up watching “The Wonderful World of Disney” every Sunday evening on television, you could say, that other than Saturday morning cartoons, it was one of my favorite shows on television.

The first time I went to Disneyland, was in 1962 when I was five years old and it is still one of the fondest memories I have of my childhood. Hells-bells, I raised my youngest son on Disney films back in the early 90’s, we had an entire collection of Disney films on videotape and my son’s favorite film when he was a toddler was Winnie the Pooh, together, we must have watched that film a hundred times.

Well I can tell you right now, I will N-E-V-E-R let any of my grandchildren ever watch another Disney film, or, ever let them step foot in a Disney amusement park ever again!

What these Disney executives are doing right now is a complete and total betrayal of all parents and children. I don’t care if someone is gay and I don’t care if you’re a man who dresses-up and pretends to be a woman, that is your right as an American.

But DON’T YOU DARE try to expose my kids, or ANY kids to your deviant lifestyle and that is what each and every one of these executives in the video below is planning on doing. Obviously they didn’t think Americans would find out what they are planning to do and that’s what makes their plan especially heinous and evil!.

To betray the trust of an innocent child is one of the worst crimes imaginable and to expose, or sexually abuse a child is even worse and that is what each and every one of these people want to do, they want too “groom” your children for the LGBTQ community.

Well, if these vile excuses for human beings think they are going to get away with their evil plan, they got another thing coming. Let me stress, I do not advocate for any harm to befall any of them, but I do want to make sure that they will not get away with “grooming” any children! I am calling for a complete and utter boycott or all Disney Amusement parks and all Disney merchandize and especially all Disney films!!

Let’s just see if the Disney shareholder’s will go along with their plans to expose small and vulnerable children to the LGBTQ crowd when it costs them money, that is what makes the biggest difference, cut them off financially and see how long these disgusting executives keep their cushy jobs when it costs the Disney cooperation a butt-load of money.

Since their is no morality in cooperate America and money is the ultimate factor, speaking as a father and a grandfather, let’s cut them off at the knees financially and see how long they last until they change their minds. Also, I think each and every single one of these people in the video below, should be arrested for conspiracy to sexually abuse small children, I think the RICO act would be appropriate in this case.

Seriously, if you are a parent who loves and protects your children, you should understand what I’m saying and I hope that you will join me in a boycott of any and everything “Disney”.

Try to watch the entire video and you’ll see why I am so angry. 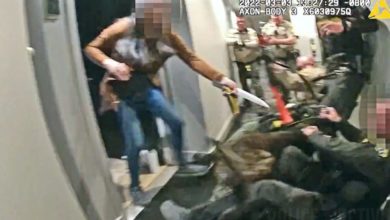