In 1978, a movie was released titled Invasion of the Body Snatchers. There was also an earlier version released in 1956.  It was a believed to be just another sci-fi movie. Maybe not?

The movie’s story line starts with mysterious seeds that had drift down to earth from outer space. These seeds later proved to have deadly consequences. The seeds grew into large pods that resembled a football shaped piece of dark cabbage, like nothing that grows on earth. They initially seemed harmless and useless.

In the movie, the people of a small California town begin to notice that some of their friends and relatives were suddenly strangely different. They were like emotionless zombies. Soon, a local doctor suspects there is some connection between these strange behaviors and the pods.

To the people’s horror, it is discovered that these pods replicate humans and then destroy their original bodies. These new creatures look identical to their victims. The only clear giveaway was their strange demeanor and lack of emotion.

take our poll - story continues below
Completing this poll grants you access to Washington Exterminator updates free of charge. You may opt out at anytime. You also agree to this site's Privacy Policy and Terms of Use.

It’s fair to say that viewers of this movie were not worried about the story being true. However, in fact, it actually is true. The body snatching has taken place for many decades.

A former employee of the mysterious Pentagon and Area 51 is a recent whistleblower. She reports that Top Secret files that she had access to details the history of these pods on earth. It is not known exactly how long these aliens have been involved in earthly activities.

Today these pods do absorb humans, but not on a mass scale as in the movie, at least not yet. The body snatching process is just a small part of a long range plan to take over the earth. The current alien-pod victims are merely remotely controlled spies. Their mission is to infiltrate government organizations and steal classified materials.

According to this whistleblower, on February 18, 2020, as the COVID scare began, Joe Biden was absorbed. This explains why people believe he has dementia. The truth is, he has no mind of his own. He only repeats what his captors relay through his dormant brain.

As one might surmise, two of the other victims of the pods are Al Gore and AOC. It is also known that Nancy Pelosi was absorbed by a pod, but later thrown up. That pod quickly died.

satire - noun — the use of humor, irony, exaggeration, or ridicule to expose and criticize people's stupidity or vices, particularly in the context of contemporary politics and other topical issues. 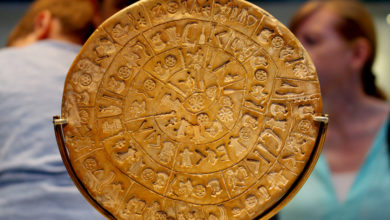