For over a year now, the mainstream media and almost every single elected democrat politician in the entire country, has been lying to you about Kyle Rittenhouse and the circumstances about his case. And they weren’t little white lies either, they were great big ones. What was the purpose of this? It was to purposely mislead you regarding the facts about this case and even now that the trial is over, the lies just keep coming.

If you watch networks like CNN, NBC, ABC and especially MSNBC,they are continuing to lie about Kyle Rittenhouse calling him everything from a vigilante, to a deranged white supremacist, whose only purpose was to go to Kenosha, Wisconsin,  to kill ‘innocent protesters’.

These statements were blatantly false, Kyle Rittenhouse went to Kenosha to clean graffiti off of buildings, render first aid where needed and defend the businesses there…period. It was not until his life was threatened, did he fire his weapon. The first individual who tried to kill Kyle, was a deranged convicted child molester, Joseph Rosenbaum (pictured below). 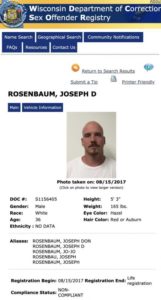 Think about what kind of white man would be shouting the n-word during a protest allegedly in support of Black Lives Matter. And then you discover that Rosenbaum served more than 10 years in an Arizona prison after being convicted in 2002 of “sexual conduct with a minor.” 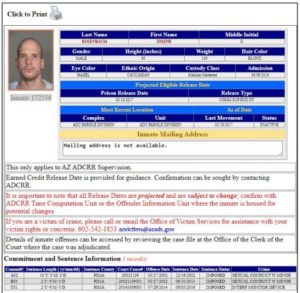 And this is only one example of the type of people that were on the streets of Kenosha that night, burning, looting and assaulting police officers.

But instead of going on and on about what happened that night in 2020, I’ll let Tucker Carlson give you the sordid details of what the mainstream media has done since then. In a civil society, it is hard to fathom that so-called “news organizations” are allowed to lie and purposely spread misinformation, especially on such a high profile case. The truth is out there, but between the mainstream media and big tech, you’d have to know what you were looking for to find it and that’s exactly what their plan is, to lie to you and keep you from the truth.

Watch the video below as Tucker Carlson exposes the mainstream media for what they are- Liars!