There were more babies born in the U.S. to illegal aliens than there were to American citizens in 49 states last year, according to the numbers.

“Anchor babies,” of course, are babies born to illegals that allow the illegal parents to remain in the U.S. because their babies were born inside our borders. A growing anchor baby industry actually advertises to illegals in foreign countries to sneak into the U.S. to have their babies so that they can steal U.S. benefits.

Did SCOTUS make the right decision on medical mandates for large businesses?

Anchor babies are rewarded with birthright American citizenship despite their parents having no legitimate ties to the U.S., many having only recently arrived. Years later, when the child is considered an adult, they can sponsor their parents and foreign relatives for green cards — anchoring their family in the U.S. for generations.

That total, at about 372,000 anchor babies born each year, outpaces the total number of births in 49 states, according to the latest Centers for Disease Control and Prevention (CDC) statistics.

This is what Democrats have created.

Bank Denies Mortgage to Conservative Company Because of Its Politics

If The Democrats Kill The Filibuster And Pass The John Lewis Voting Rights Advancement Act ...It's All Over For Our Republic

Bank Denies Mortgage to Conservative Company Because of Its Politics

FDIC Chairman Resigns with Warnings About Left-Wing Takeover of Agency 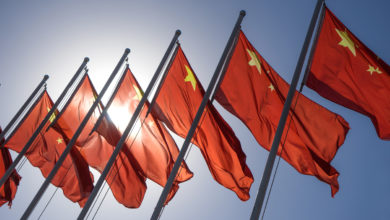