The Biden administration is looking to stop compiling records on teachers who sexually assault their students because teachers unions don’t like being exposed like that.

The Biden Department of Education is ending a program started during the Trump administration to track teachers accused and convicted of sexually molesting students.

Per the Washington Free Beacon:

The department’s Office for Civil Rights will not ask school districts questions regarding teacher-on-student sexual assault allegations as part of its 2021-2022 Civil Rights Data Collection, proposed Thursday. The change is designed to “reduce burden and duplication of data,” an Education Department spokesman told the Washington Free Beacon. But critics say eliminating the question is the Biden administration’s attempt to appease teachers’ unions.

“This is the ultimate act of bowing to the teachers’ unions,” Kimberly Richey, who served as acting assistant secretary in the Office for Civil Rights in the Trump administration, told the Free Beacon. “Through this proposal, the Biden administration is actively helping schools cover up these incidents, which we were intentionally shining a light on.”

The Education Department will still ask districts to report documented cases of rape and sexual assault. But it will not ask school officials to report allegations that resulted in the resignation or retirement of the accused. Former secretary of education Betsy DeVos added those optional questions to the 2020-2021 data collection, which was delayed one year due to the coronavirus pandemic. The department also won’t ask districts to report pending cases or cases in which a school staffer was reassigned to another district school prior to the conclusion of an investigation.

Schools have been accused of routinely sweeping allegations of teachers and administrators molesting students under the carpet and the Trump policy was meant to understand the scope of the problem.

But Biden’s people want to turn a blind eye to teachers who abuse students. And American Enterprise Institute research fellow Max Eden said that Biden’s bowing and scraping to the teachers unions is the reason why.

“Teachers’ unions have a structural interest in protecting all of their members—including alleged pedophiles,” Eden said. “Data suggesting systemic nonchalance about child sexual abuse in public schools would be quite politically inconvenient for teachers’ unions. Now the data won’t be collected.”

War Against Christmas Already in Full Swing at Target, Walgreens, The Gap

Thanksgiving Story: We Know Why There Were No Communist Pilgrims 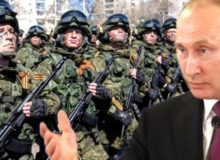